We are proud to announce our roster of current presenters, in alphabetical order, as of June 24, 2019. We will be updating this list weekly as we move through the summer and into fall, 2019. Please check back here often for updates.

Note: These presenters are currently confirmed. However, this list is subject to change without notice.

Maya Aubrey is a Pilates teacher and movement specialist. Her goal is to empower, educate and inspire others to live healthy and fulfilling lives. Before teaching Pilates, she was a professional dancer and choreographer for 20 years in Chicago and New York City, dancing and teaching dancers how to stay injury free.

In 1991 she began her studies of Pilates with Michelle Larsson and Eve Gentry in Santa Fe, New Mexico.  She taught at their Institute for the Pilates Method and was the performer in the first Pilates video ever released. Since 1993 she has owned her own studio in Santa Fe where she enjoys teaching the classic Pilates repertoire.

Since 2005, she has been studying the Franklin Method, an effective approach to improving movement potential and health through imagery, touch, and experiential anatomy.  She has completed all three levels of Franklin Method training and incorporates the concepts into her Pilates classes.

Maya currently lives in Santa Fe, New Mexico where she follows her passion for mountain hiking at high altitude. 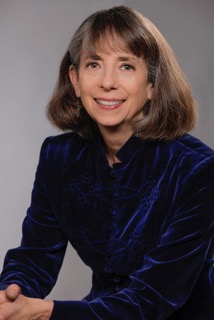 Ruth Alpert brings to her teaching extensive training in alternative movement modalities in addition to her many years’ experience as a dancer. Ruth’s interest in healing movement began in 1976, with the work of Bonnie Bainbridge Cohen, Lulu Sweigard, and Susan Klein.

She has been a certified practitioner of The Trager® Approach since 1987.  Ruth was trained in Pilates by Michele Larsson in 1992 and has been an Associate of Core Dynamics Pilates Teacher Training since 1998.

She certified in the GYROTONIC® Method in 2002, and became a teacher of The Alexander Technique in 2007.  Ruth has conducted workshops in the US since 1978. 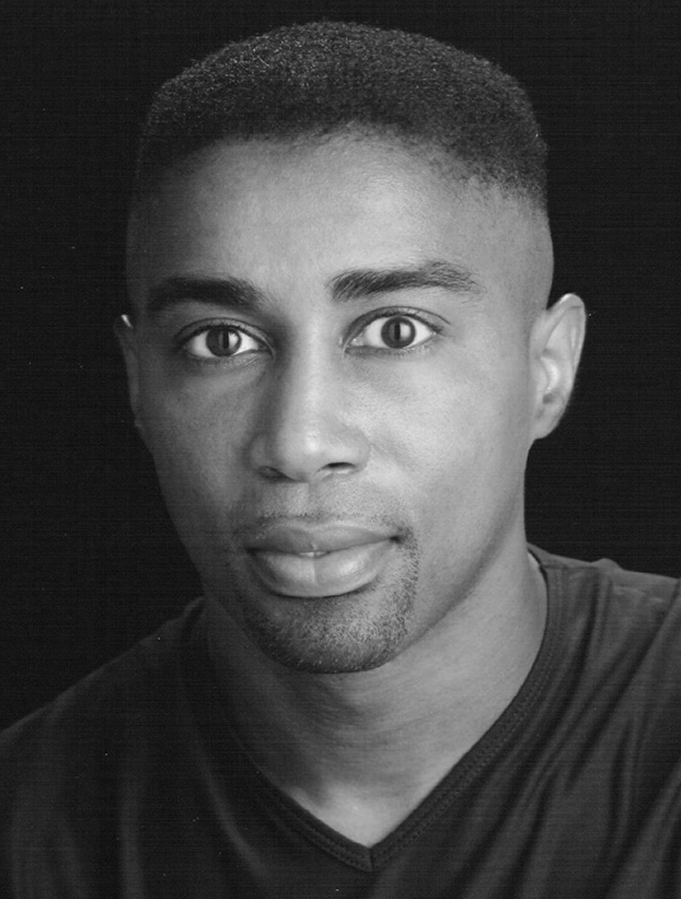 Frederick is an Assistant Professor of Professional Practice in the Department of Dance, Mason Gross School of the Arts, Rutgers University, where he teaches dance pedagogy and Somatics and directs the Pilates studio. Frederick has been a faculty member and modular certification program director at the Laban/Bartenieff Institute of Movement Studies in New York City.  As a Laban/Bartenieff specialist, he has led workshops and presented scholarship internationally including throughout the United States, and in Belgium, Canada, Denmark, France, Switzerland, Uganda and the United Kingdom. 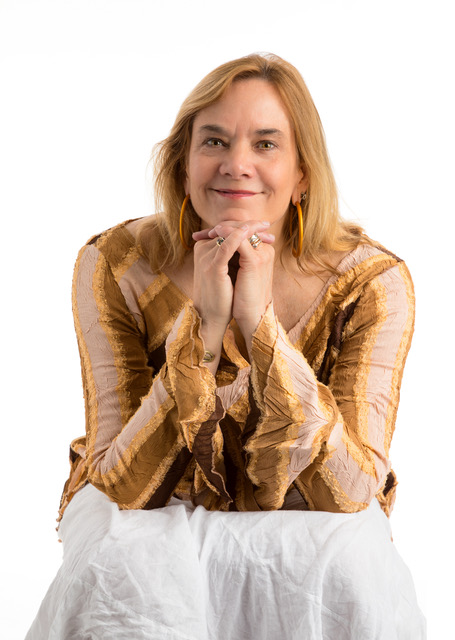 Amber Gray moves from a diverse landscape of experience. As a dancer, 28 years studying and teaching Haitian dance led her to Continuum. She was mentored by Emilie Conrad, who authorized her to teach “Continuum Movement”, in 2007. As a human rights psychotherapist, she works with survivors of war and political violence in the U.S and is an international consultant, advising many programs worldwide on staff care and wellness programming. She co-developed polyvagal informed movement therapy with Dr. Stephen Porges.

She is an award winning dance movement therapist, an animal rights activist, and lover of all things wild. 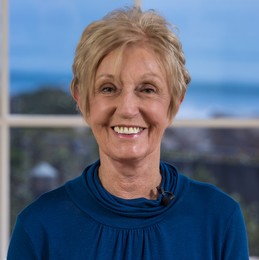 Suzanne was born in New York City. She began her first dance and movement lessons at age 5. In the late 1960’s she moved to Santa Fe, NM where she studied Feldenkrais and was introduced to Pilates by Eve Gentry.

Suzanne reflects that the time she spent working alongside Eve in the studio was invaluable and says “Through the years Eve’s words and philosophy have guided my teaching. Teaching for me never gets stale as there is an intrinsic richness that is profound and fosters my own creativity. While I have developed a number of my own variations on the equipment and Mat, they all bear the influence of both Eve Gentry and Joseph Pilates in both form and philosophy.”

Suzanne still works out of her ‘home’ studio in Albuquerque, NM. 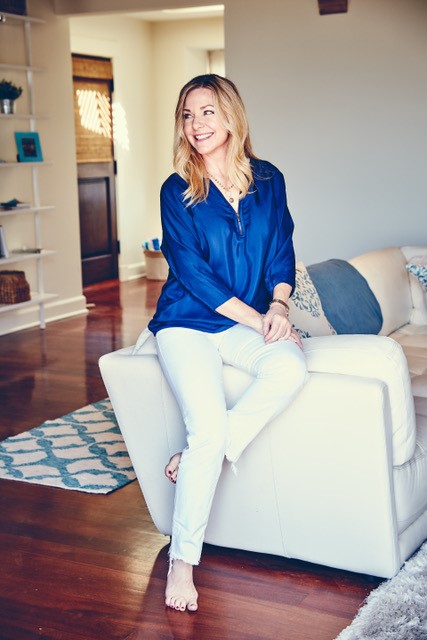 Amy’s dance degree from CSU took her to the San Francisco Bay area where she danced for several regional companies, she completed her comprehensive Pilates teacher training in 1997.  She then continued her human movement and Pilates training with a number of key leaders in the field such as  Rael Isacowitz, Cara Reeser, Pat Guyton and Gill Hedley.

In addition, she is a level 1 Fascial Stretch Therapist with the Stretch to Win Institute. Amy is a national and international Pilates educator Amy approaches her teaching from a lense of “Rome wasn’t built in a day” attitude, that patience and persistence are keys to success.

Amy is one of the original teachers on Pilates Anytime. In addition to teaching for the online studio, she is one of the brains and minds behind content development, designing class programming and educational strategies for the global Pilates platform.  She works with some of the most notable Pilates educators in the industry and has over 280 of her own classes online. Dr. Holmes continues to be passionate about spreading the benefits of Pilates. The Pilates Effect grew from her life experiences and out of her doctoral research completed in March of 2013, at the University of California, Riverside. She taught as an Assistant Professor of Dance and holds an M.A. Dance, Mills College and a B.A. Economics, Scripps College and has published critical scholarship about Pilates.

She is certified with Polestar Pilates, Peak Pilates, and the Pilates Method Alliance, and worked as a Master Instructor for Peak Pilates and more recently, Balanced Body. Her current research intersects with complexity science, somatic practice, contact improvisation, and critical race studies. 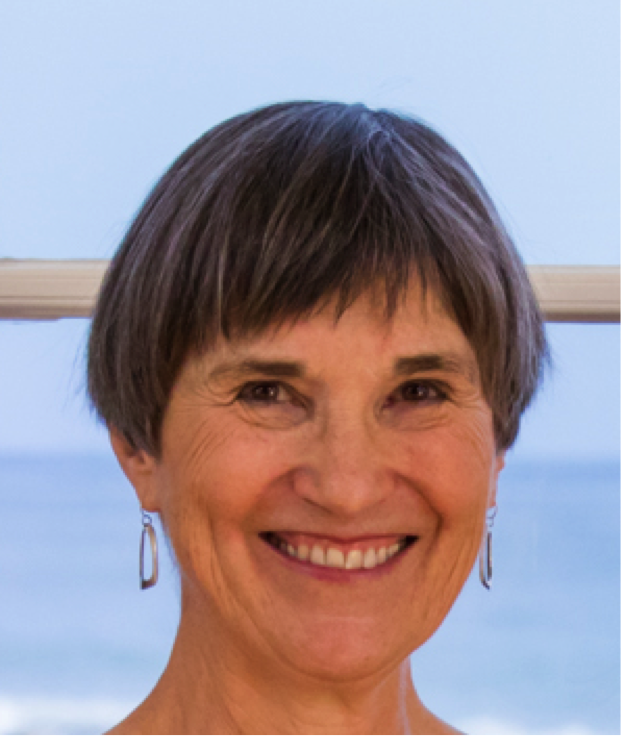 Michele is a former dancer and choreographer who trained in NYC at the Julliard school of Music. She began studying Pilates with Eve Gentry in 1970 and in 1982 began teacher training under Eve’s guidance. Michele worked with Eve for 9 years prior to the founding of the Institute for the Pilates Method in June of 1991. Rich discovered the GYROTONIC® Method in 2002. After years of heavy strength training and intense martial arts practice, his body was a mess – he desperately needed a way to heal and rejuvenate himself. By chance, he found the GYROTONIC  System and had almost immediate relief of back and shoulder pain. Rich is also a MovNat educator/trainer and combines the varied techniques he has learned into his own unique approach to teaching movement.

Today, he strives to inspire people to a healthier, more balanced and ultimately “better” way to live, function and exist through a lifetime – moving beyond injuries, age, frailties and disease – to constantly progress with ease and grace. 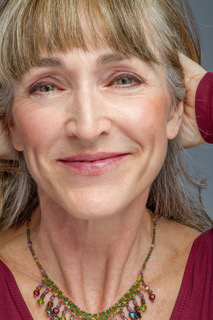 Jamie is a 2nd Degree Black Belt licensed instructor of The Nia Technique, including certification in 5 Stages of Movement Development and Moving to Heal, Nia’s therapeutic arm. She is a decade long classroom and private instructor at StudioNia Santa Fe, the Southwest’s center for Nia.

She has trained with Nia co-founders, Debbie Rosas and Carlos Aya-Rosas, Nia’s international team of trainers, Parkinson’s pioneer, Gary Sobol, and many other transformative leaders. She has presented to local, state and national organizations including NM Coalition on Parkinson’s, and National Spasmodic Torticollis Association, also lobbying for funding in Washington, DC on their behalf. She provides essential therapeutic movement for individuals, and presents workshops and classes at senior residences and recovery centers. 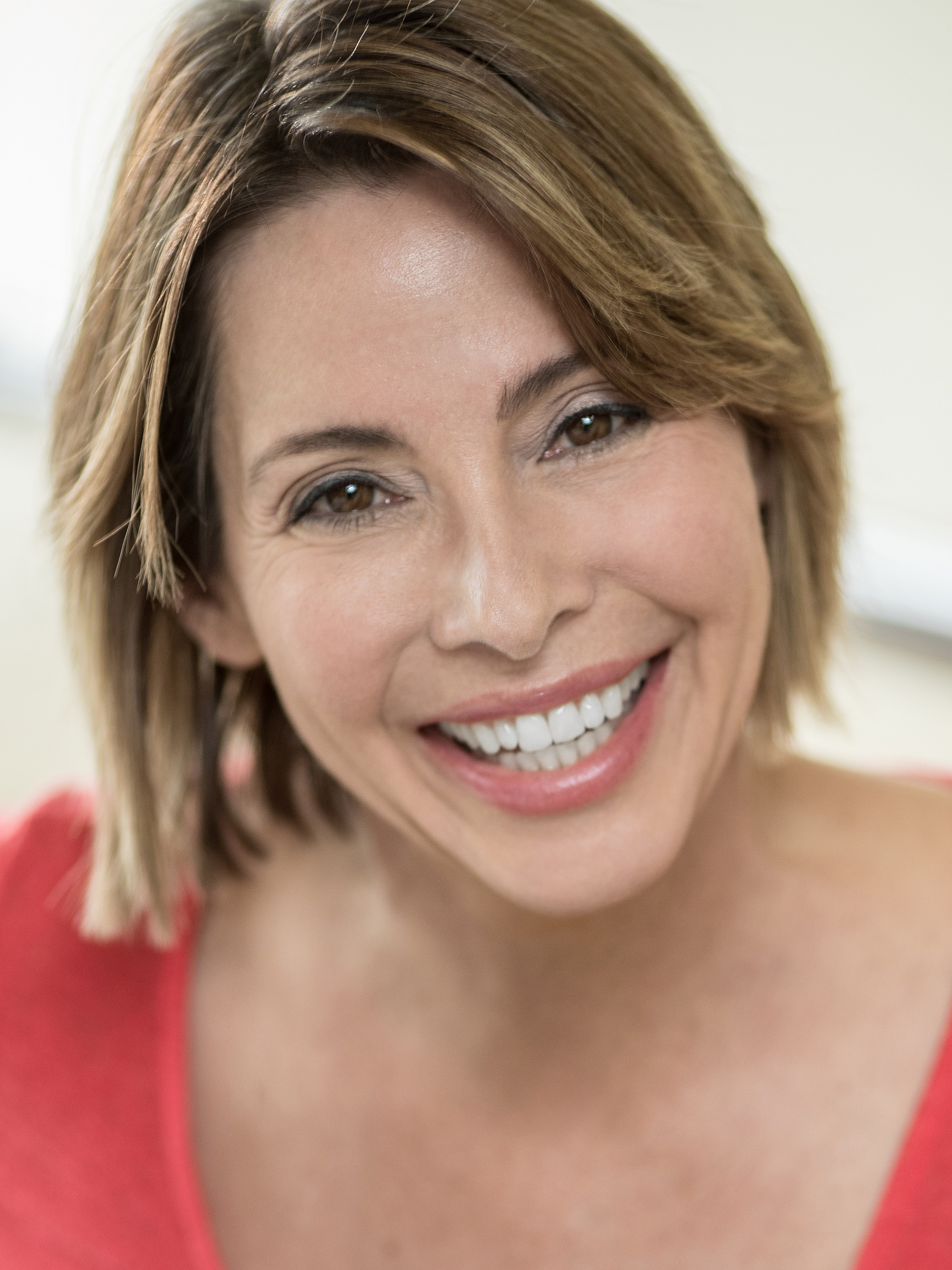 Stacey juggles multiple careers. As an actress, model and spokesperson, her face has appeared in national commercials, movies and advertisements. Her Pilate’s career started in 1999 after over a decade of weight training, aerobics and two babies didn’t leave many options for exercise.  If someone would have told her then that her future would be to own a Pilates studio, she would have laughed—out loud. But after taking her first Pilates class–which she couldn’t pronounce correctly—she just knew it was her destiny.

Stacey opened the Physical Methods Pilates Studio in 2000. She has contributed to several publications as an expert on the history of Pilates and Physical Culture, as well as regular television appearances to share her fitness tips.

Stacey’s passion for Pilates is intoxicating as she continues to teach her clients that they only get one body in life…”If they break this one, they can’t go out and buy another one.” She is blessed with the most amazing group of inspiring and dedicated clients who will never know how much they have given her. “I love every one of you…you know who you are.” 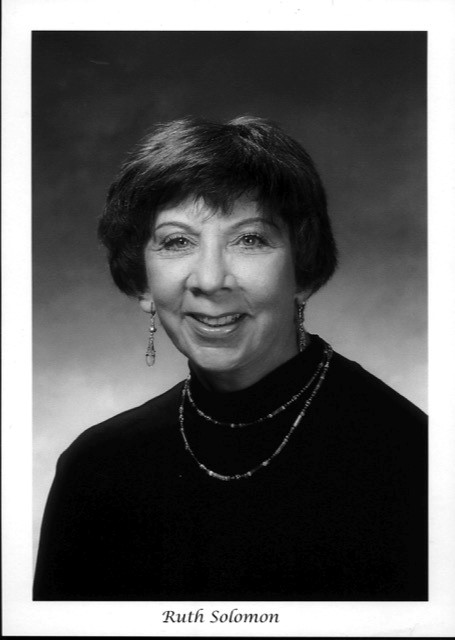 As a performer Ruth Solomon has appeared on and off Broadway, on television, and in concerts throughout the United States, Canada, and Japan.

Her highly successful teaching technique has been documented in an hour-long video, Anatomy as a Master Image in Training Dancers.

Her research in dance medicine has produced publications in such medical journals as The Physician and Sports Medicine and The Journal of Bone and Joint Surgery. Her most extensive books are Preventing Dance Injuries (Second Edition, Human Kinetics Books, 2005, and Prevention of Injuries in the Young Dancer (Springer, 2017). The Seventh Edition of her Dance Medicine & Science Bibliography, covering the literature in the field for the last 55 years became available in March, 2017.

She was the National Dance Association’s “Scholar of the Year”, “Dance Professional of the Year”, and “Heritage Honoree”. She served on the Board of Directors of the International Association for Dance Medicine and Science for 14 years, and in 2017 was given the Lifetime Achievement Award and made an Honorary Fellow. In 2007 she became the Co-Editor-in-Chief of the Journal of Dance Medicine & Science, and continues to serve in that capacity. 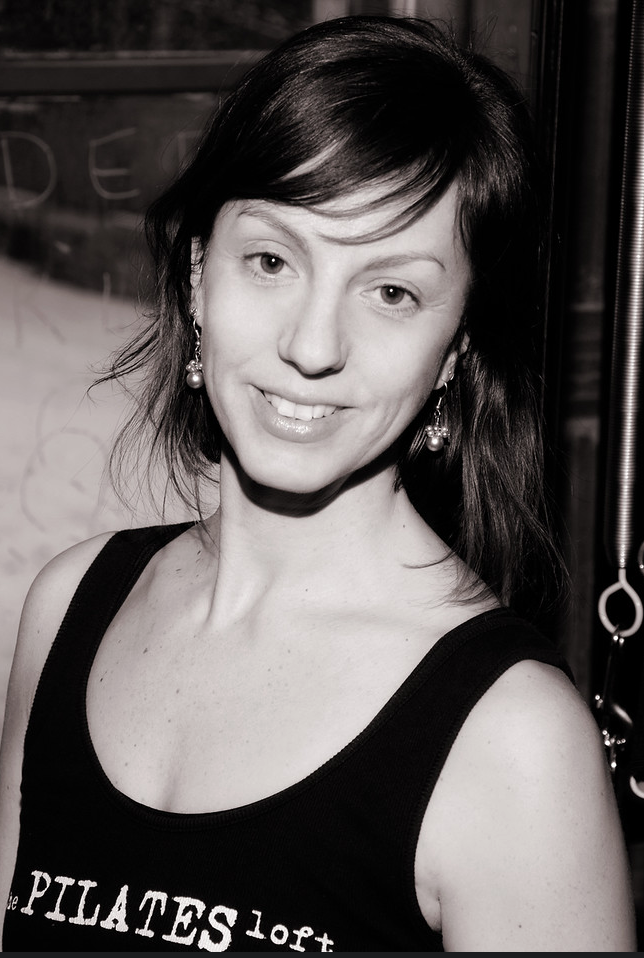 A 2001 graduate of Core Dynamics, Beth Elkins Wales is now the owner of the Pilates Loft in Buffalo, New York.  Elkins Wales earned a BA in Dance Performance and Mind Body Techniques from SUNY Empire State College, and works with clients of all ages, including young athletes.  The Pilates loft is a host studio for the Core Dynamics Teacher Training Program and a mentor location for aspiring Pilates teachers.

Beth’s specialized movement experience began with many years of classical dance training and a professional dance career.  Beth was on faculty of the Chautauqua Institution’s Dance Department, directed the Chautauqua Regional Youth Ballet, and has taught master classes at the University of Buffalo, and many schools throughout Western New York.  Elkins Wales and her husband co-direct the multimedia dance company nimbus dance. 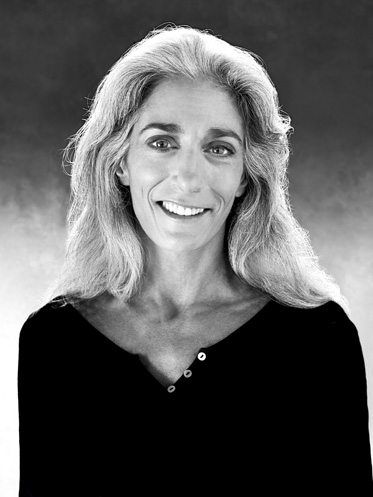 Yamuna Zake has dedicated the last 39 years to creating simple easy to use education and wellness products to help people become empowered in taking care of their own bodies.

Her focus is on BODY SUSTAINABILITY. It is Yamuna’s original thinking and knowledge base that people seek when standard medicine fails them. With her knowledge of the body’s structure, she provides logical, common sense advice that everybody can utilize and get better with. She takes a no-nonsense logical and anatomically correct approach when helping people help themselves.

All of her work is original and created by her exclusively.

Pilates, Yoga, Group or Personal fitness instructor, Physical fitness teacher join us at The Human Movement  Conference to expand your mind and deepen your understanding of the various approaches in the Somatic Movement and Allied Health Care field.

The mission of THMC is to provide a platform and venue for the exposure, promotion, education, and viability of all that is Human Movement. Special rate for the Conference: